In the UK asbestos causes around 5,000 deaths every year, a figure that has doubled since 1992 this is more than the number of people killed on the UK roads each year. Around 20 tradesmen die each week as a result of past exposure to asbestos. Approximately 10 teachers per year die from asbestos related diseases.

Asbestos was used widely throughout the UK up until 1999 when its use was banned in the UK. It was used in a wide variety of materials, as asbestos is an inert material being resistant to heat, acid and a great insulator against electricity etc. Asbestos can be found in: -

But it’s not only tradesman who are affected. Steve McQueen star of The Bullitt, The Great 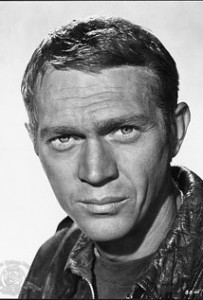 Escape and Papillon to name a few sadly died from Mesothelioma, a form of lung cancer at the age of 50. It was assumed he was exposed to asbestos from the suits her wore as a racing driver which were made from asbestos fibres, in order to protect him from the risk of fire, ironic really.

The youngest recorded death from an asbestos related disease was in 2008. A 28year old woman died from Mesothelioma when exposed to asbestos as a child. She would take a short cut to school through a factory yard, where asbestos sheets were being cut. Cutting the asbestos sheets allowed the asbestos fibres to become airborne were they were inhaled and the fibres lodging deep into the lungs.

Generally the incubation period for asbestos related illnesses is between 20-50 years but tragically patients, once diagnosed, only live on average 12 months.

It is estimated that 90,000 people in the UK will die from the disease and that a further 90,000 will die from other lung disease's related to asbestos exposure.

Asbestos can be found in any building constructed prior to 2000, but is only dangerous when disturbed and the fibres become airborne. If properly managed and contained safely asbestos may not present any health hazard. There are different types of asbestos and each type needs to be treated according to its risk.

Remember if you are unsure presume the worst and seek professional advice.

The duty to manage asbestos is contained in regulation 4 of the Control of Asbestos Regulations 2012.

It requires the person who has the 'duty' (i.e. the 'Dutyholder') to:

Before starting any work, where there is a risk of exposure to asbestos, it is essential that you have the correct level of information, instructions and that your workforce is trained in Asbestos Awareness.

I'm really passionate about my role as Business Development Manager for Safety Advisors.

View all posts by: Julia De-Vere

Great job guys. We can definitely say we have done our bit to help out during this pandemic. #covid19safety #helpingpeople #helpingthecommunity #savinglives 😀

Why we have chosen an image representing breast cancer in both men and women - See our latest Blog - https://www.safetyadvisors.co.uk/blog/breast-cancer-awareness-month-october-2020/

It is compulsory to wear a face mask when using public transport in England and advisory everywhere else however KN95 masks are not suitable PPE.
Find out more on our blog http://ow.ly/WjlL50A7Q3L

Safety Advisors have put together a COVID-19 workplace assessment to assess their clients premises before staff return to work.